A series of TONE-PROBE had been invented in 2000, manufactured, supplied internationally by Toa-Tone Boring Co., Ltd. Each model is ideally designed for on-site requirements such as Mobility, Low Noise, Accessibility, Durability for drilling soft to medium ground formation. 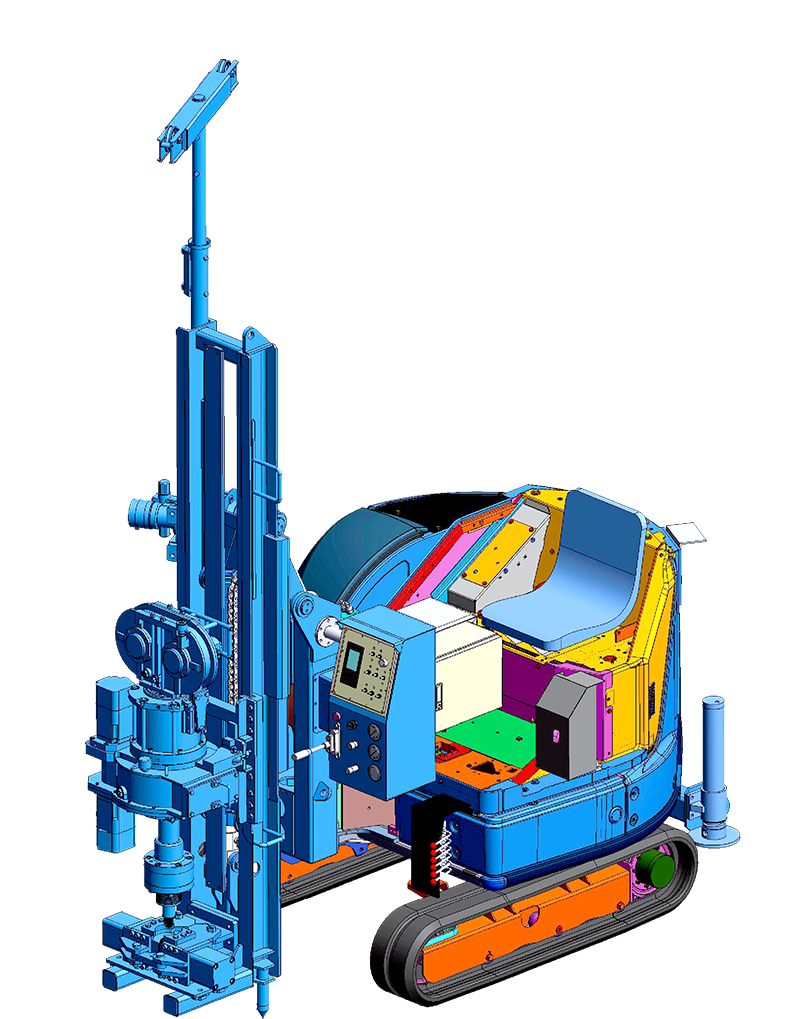 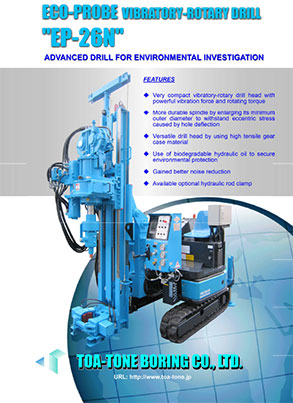 TONE-PROBE EP-26 Drill Head was the first model of our vibratory-rotary drills. This was designed for environmental investigation without drilling fluid and the developed EP-26N was launched a few years ago.
More than 130 units have been supplied domestically and internationally.
The vibration noise is remarkably silent due to the air damper system. Air damper has the capability to transmit the most vibration force properly to the drill strings. There is no chance for the force to run away to the drill mast and base unit. 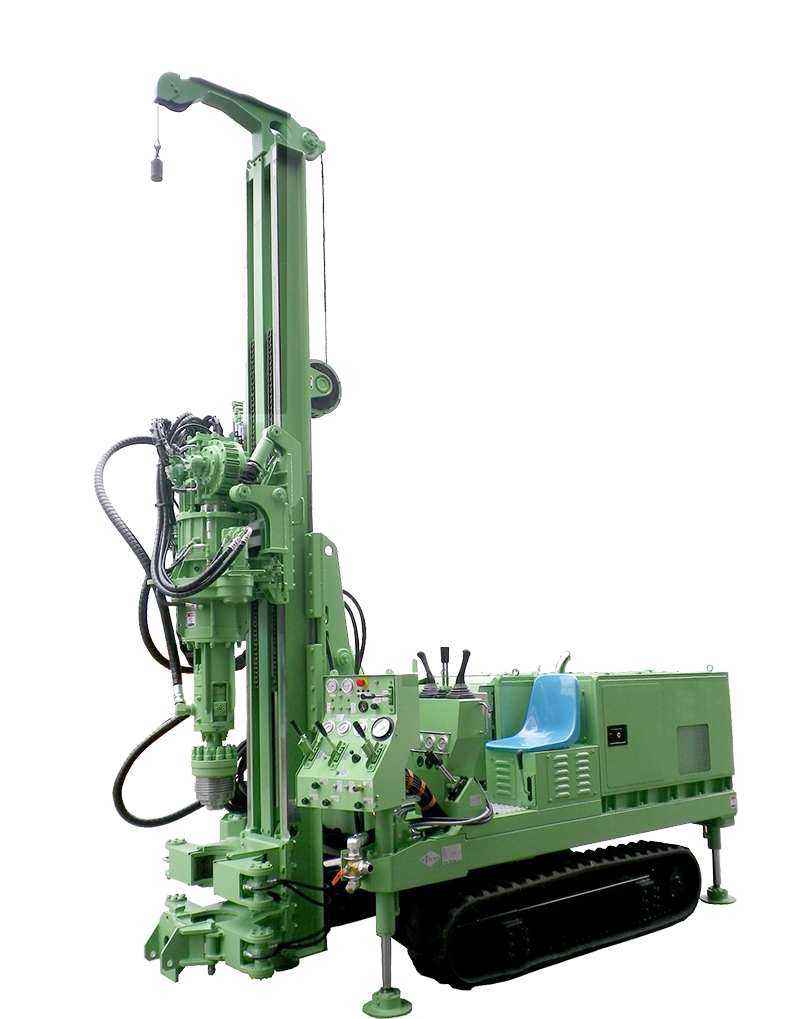 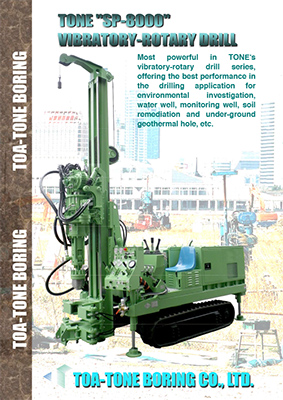 TONE-PROBE SP-8000 Drill Head was developed by the requests from the market, which was to enlarge the drilling capability.
More capability than EP-26N but no need to have ultimate sonic drill.
If there are not always the toughest drilling condition, SP-8000 should be the most suitable choice. The drilling capability may be strong enough. Furthermore there are more benefits such as the small size, the lighter weight of tools, the lower cost and so on. 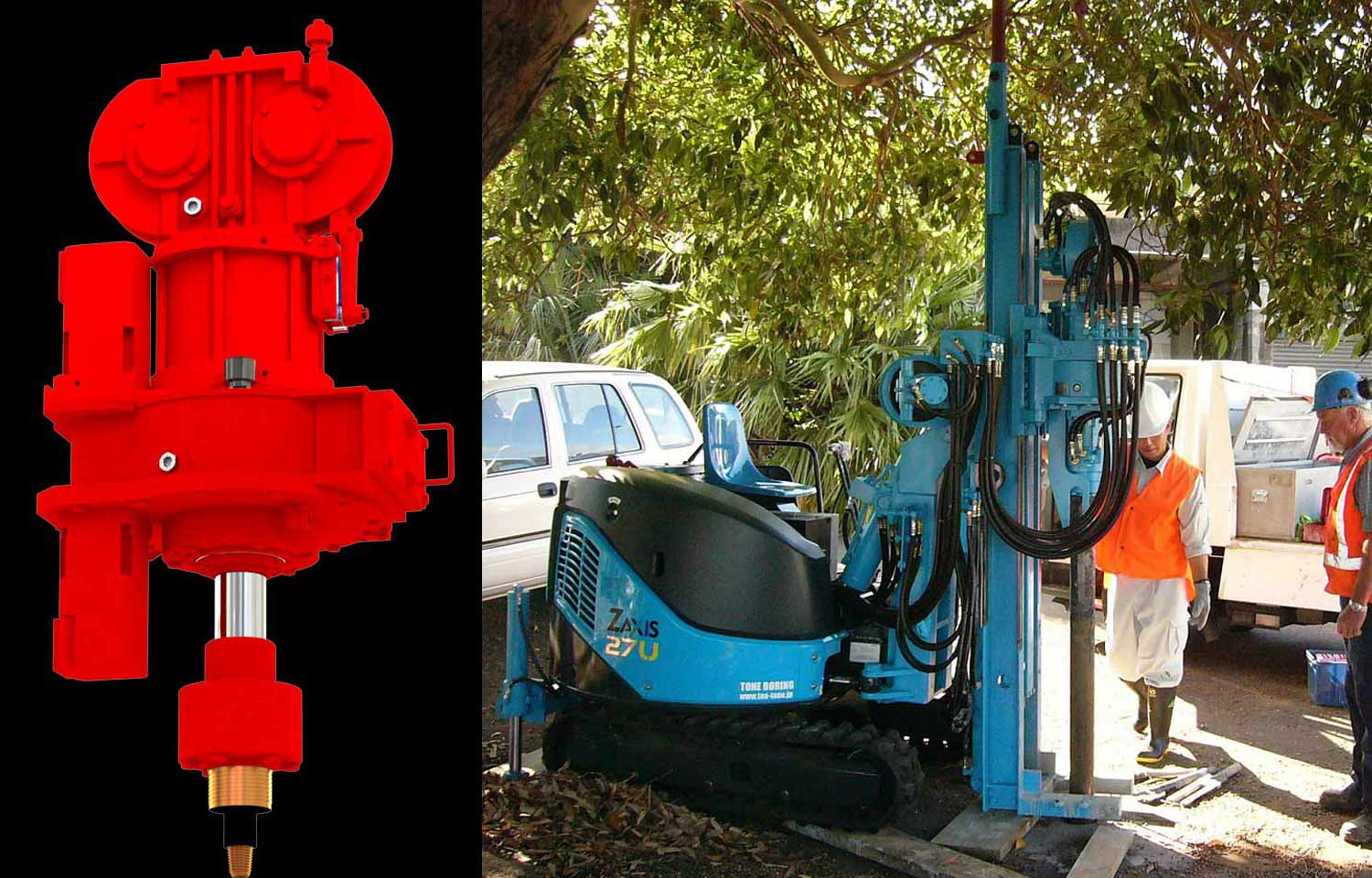 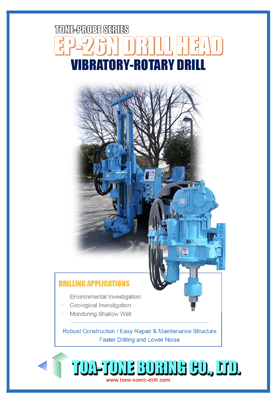 More than 100 units of EP-26N have been sold. It can be fitted on a compact unit. Only 26HP is required to withdraw the performance. Mostly used for Environmental Investigation up to max. 30m or so (with 86mm sampler) without water and mud.
Only TONE-PROBE is allowed to enter the site and work
because of the low noise while drilling. 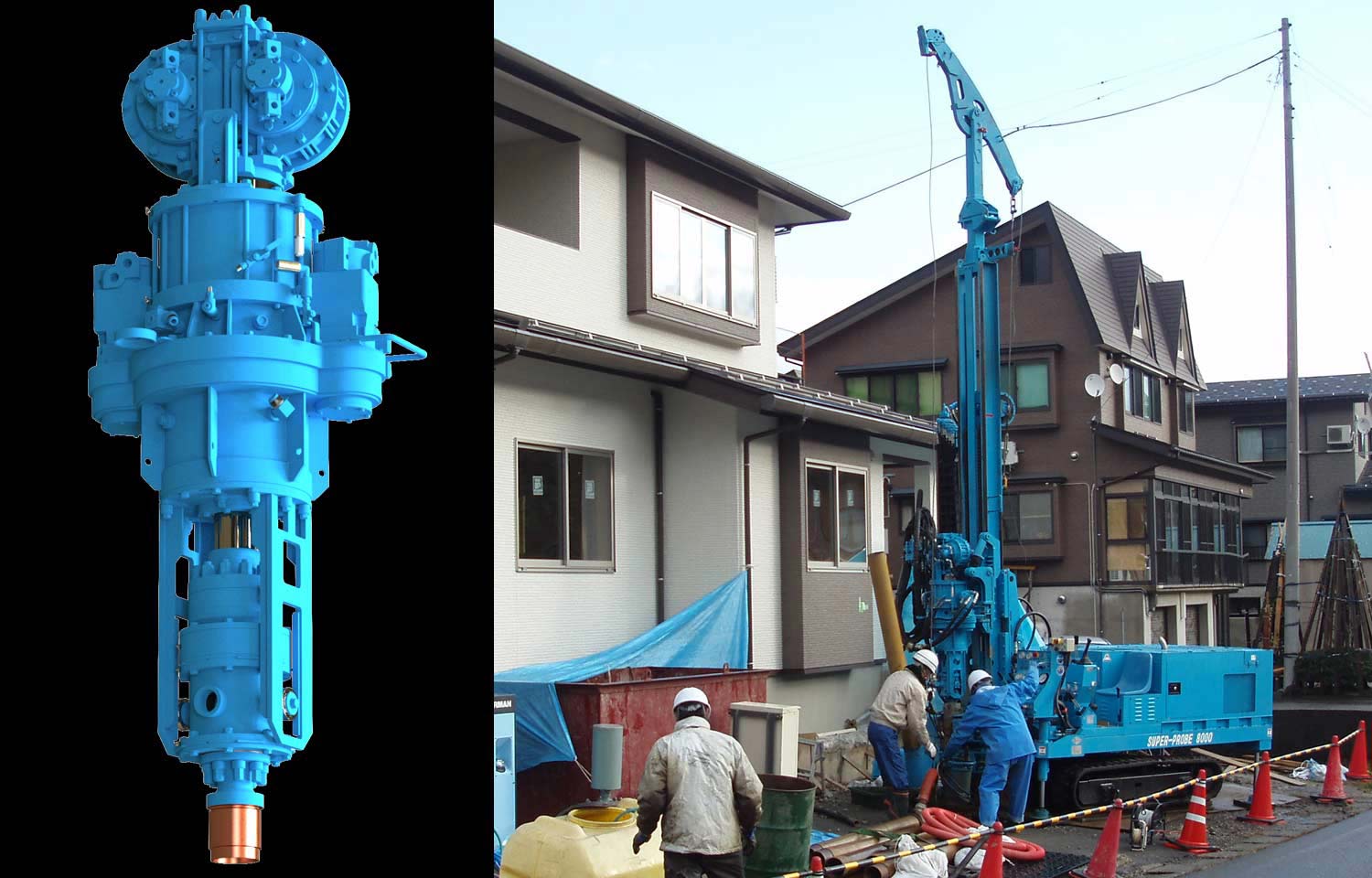 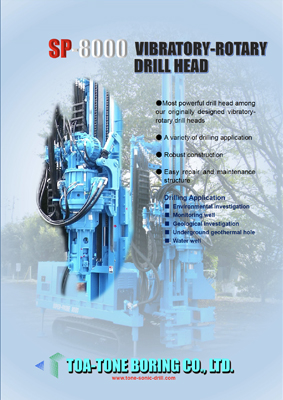 SP-8000 has the largest drilling capability in TONE-PROBE Series. It can be used for 6-5/8” Geothermal hole drilling. This model was developed on the basis of the customer requests of the compactness and the silence to access residential area.
In accordance with our policy of constant improvement, we reserve the right to amend design, materials, specifications and prices at any time without prior notice.
Drilling capability varies according to many factors. The introduced drilling capability and customers feedbacks on the website are only examples and these are not guaranteed.